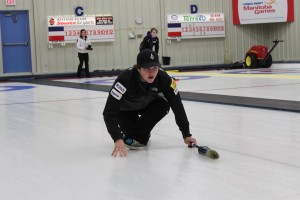 One team has been there and done that, the other team made a trip to the final for the second week straight, and managed to capitalize.

Matt Dunstone and Beth Peterson won the junior men and women’s divisions of the Kyle Flett Memorial Bonspiel at the Petersfield Curling Club.

This is Dunstone’s second Manitoba Junior Curling Tour win of the season, and his team completed them back-to-back. In early October Dunstone won the Stonewall Junior Classic.

Dunstone won the event the same way he did last time, sweeping the competition and winning one of the A qualifier spots. Dunstone defeated Brandon Radford, Aaron Anderson, Randy Greig and Tanner Lott in the final.

“Our semi final game, we came out flat so we knew we had to come out with focus. We knew we were playing a good team so we had to be sharp,” Dunstone said.

The game was tied after seven and Dunstone was coming home with the hammer.  Lott was faced with a draw through the port to sit shot stone and force Dunstone to throw his last rock. However, Lott’s rock didn’t curl enough and Dunstone didn’t need to throw.

The game was filled with all kinds of spectacular shots, including a raise back triple by Lott to score two points in the seventh.

Dunstone believed the ends where his team gave up points was avoidable.

“I kind of got a little lazy on my last shot and set up him and he made a great shot.” 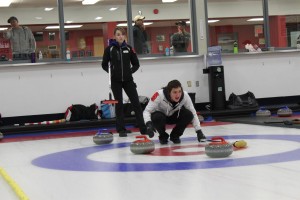 Beth Peterson and her rink of third Robyn Njegovan, second Melissa Gordon and lead Breanne Yozenko, have won 11 of the past 12 games.

They were competing in Petersfield the week prior in the CurlManitoba Canola Junior Women’s Berth bonspiel. They won all of their games except for the final against Alyssa Vandepoele.

Peterson and her team played in a round robin format draw and defeated Shannon Birchard, Kristy Watling and Natasha Van Dorp. They finished first in pool A and defeated Rebecca Lamb in the semi finals before defeating Watling again in the finals by a score of 7-1. They won the majority of those games quite handily too.

“It was strange. We were just saying, at this level it’s not normal to blow the competition out,” Peterson said.

They carry on their hot streak this weekend when they travel to Brandon to compete in the prestigious Sunlife Junior Challenge in Brandon. Dunstone will be there too.

“Lately we’ve been really consistent…and kind of on a hot streak.

The Kyle Flett Memorial Bonspiel is named in honour of Petersfield Curling Club’s junior curler Kyle Flett. He passed away at the age of 20 after a snowmobile accident in Dec. 2007. In 2006 he and his team made it to the junior men’s provincial final.

Look below for the results: 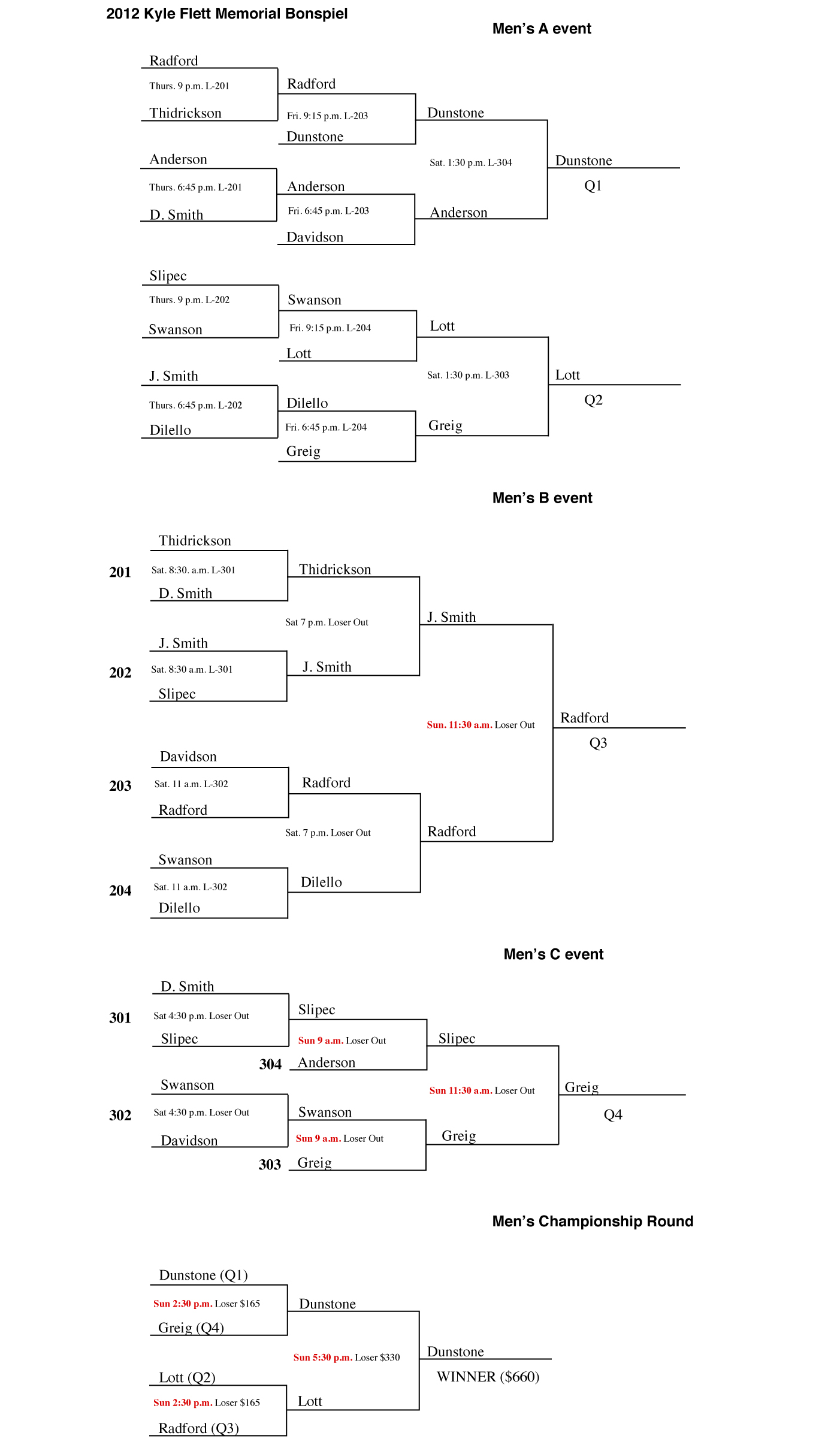 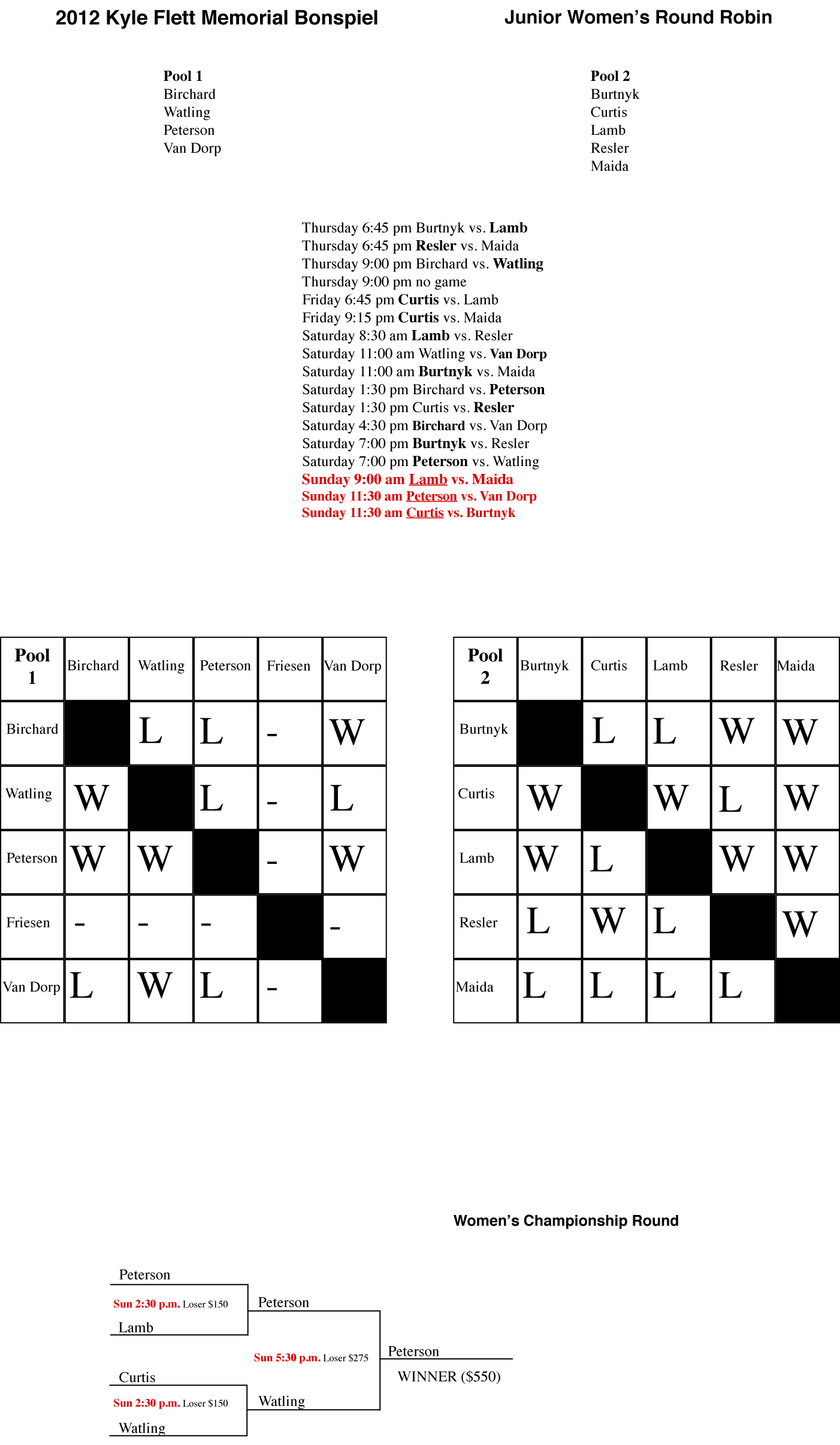